After a couple of weeks of reading and re-reading the 'Et Sans Resultat' ruleset (ESR from now on!), we found the time to set the table up and go for a beginner scenario which is included in the rulebook itself. I took command of an Austrian corps while my pal Dave took charge of a French one.

It took some time to get used to the mechanics to be honest but this is normal, coming from so many years of Age of Eagles. ESR uses a command system which is entirely absent from AoE and this of itself was already a radical shift for us.  Some aspects of the rules are not entirely clear (although it has to be said that one cannot expect all on-table situations to be entirely covered by any set of rules) and we decided to post a couple of queries on the ESR Yahoo Group there and then during the gaming session itself.  Much to our amazement and surprise, the author David M Entseness replied straight away, even though it must have been the crack of dawn in the US, and voila' - our problems were sorted out ! How better can a gamer's life get? Thanks Dave!

Overall the rules play discreetly well and I am sure once they are gotten used to, the QRS should be enough to see players through most situations. We'll go through a few more small actions just to get to grips with the finer detail and then hopefully move on to larger multiplayer encounters. 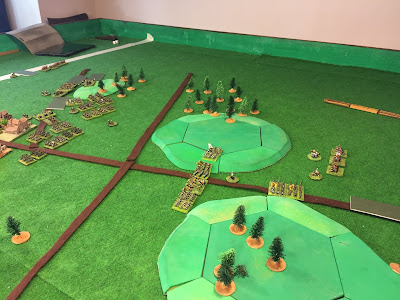 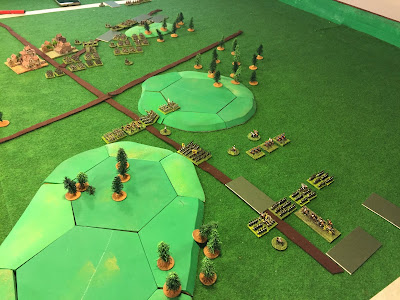 You just got to love that courier when he delivers the goodies!

Going through recent (and not so recent) reviews on the net, I was intrigued by comments and opinions on the 'Et Sans Resultat!' ruleset (ESR in brief) issued by the Wargaming Company of the US and distributed in Europe by Magister Militum of the UK. Aimed at larger unit formation actions in the vein of 'Age of Eagles', this ruleset seemed right up our street so my pal Dave and myself got us each a copy of the Complete Player's Guide plus an 1809 scenario book to see what we can come up with on table.

The ESR books have arrived today and my first impression is that they are very professionally presented with loads of illustrations and examples - let's hope they work fine and leave little room for interpretation.  Dying to try them out and hope to give further impressions and maybe an AAR shortly.

In the meantime would love to hear from anyone who has already given them a shot.