Having languished over twenty years in a storage box I finally fished out an old Sdkfz 222 kit from Tamiya in 1/35th scale. Although I wouldn't call myself a WW2 buff, I grew up in a world of Commando war comics, Airfix model catalogues and similar literature, and the 222 was always one of my favourite armoured cars. So when, one fine day, I came across a Tamiya version and I snapped it up but as most time happens, I just chucked it in a storage box with a view to assembling it 'someday'.

Well, that 'someday' finally arrived. I somehow got inspired to build this kit (also thanks to a truly excellent "PLASMO - Plastic Models" video on YouTube) and after rummaging around a while, I managed to locate the long-buried box.  I opted for the desert version - that was always my favourite theatre (together with the Pacific but there weren't any 222's there, were there?) and although the end result is nowhere near competition level, I am still reasonably happy with the finished model. Being an older version of the model, this kit had no photo-etched parts and the anti-grenade mesh is made of flexible plastic which although still effective, is not as crisp as the more recent photo etched brass. Decals had to be repurchased on ebay since the original ones were uselessly fragmented with time and the model was airbrushed in flat sand with a satin finish.  I used Tamiya brown panel liner extensively but didn't feel confident enough to go for any weathering so the final look is a sort of 'factory finish' effect. Unfortunately the decals left flash marks on the satin finish - I suspect if I had first sprayed on gloss varnish I would have avoided this but it is from such mistakes that we learn.

Anyway, here is the end result: 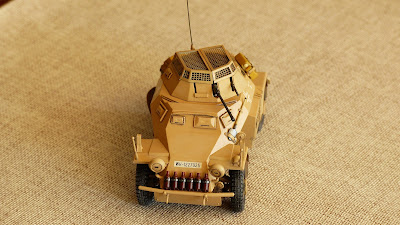 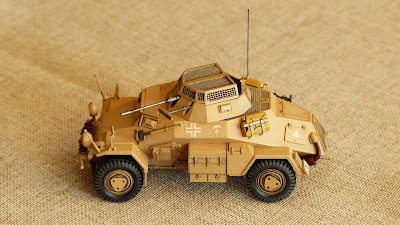 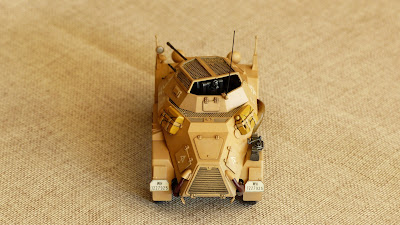 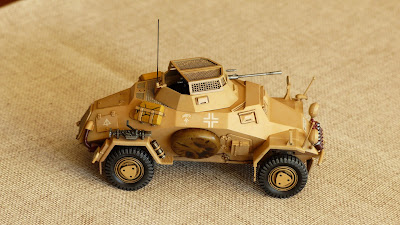 The merciless Mediterranean summer has taken its toll on our wargaming activities lately and it's been some time since we met for some gaming at the clubhouse.  With temperatures hovering around an average of 35 degrees Centigrade (that's 95 deg F for our friends in the US), and at one point even touching a whopping 41 deg C, it is hardly tempting to leave the comfort of one's home and face a blazing afternoon trip to the club.  Admittedly we've got aircon on the premises but it doesn't really compensate for the sagging energy levels caused by the high summer humidity which greatly amplifies the effects of the high temperatures. We can only batten down the hatches and sit it out for now. Iced beer anyone?
8 comments: