I occasionally tend to take breaks from my wargaming and figure painting so my first post of 2020 is a modelling one. Many will surely remember how last July the world celebrated the 50th anniversary of the first moon landing and as a bit of a space buff I was planning to complete a commemorative model by the anniversary date. However, I miserably missed my deadline partly because I dragged my feet and partly because I had to wait for some badly needed parts for what seemed like an eternity. So project completion slipped further and further until I finally got around to finish it off a couple of weeks ago.

I will not delve much on the actual event itself as I am sure most would already be familiar with it. In a nutshell, Apollo 11's lunar lander named 'Eagle' touched down on the moon July 20th 1969 at 20.17 UTC. (Much to my chagrin I just realised that I have the wrong date on the model's base plaque - need to change it asap. Sorry about that!). A few hours after touch down, Neil Armstrong crawled out of the exit hatch, climbed down the landing leg ladder, and after a few moments stepped out on the lunar surface. I attempted to capture that particular moment with this model.

The model itself is an Airfix 1:72 kit which I got off ebay a few years back.  The kit is still the same original seventies product and is quite lacking in detail, the most noteworthy being a complete lack of aluminium foil with which the lower landing stage of the vehicle is wholly covered. The thruster struts attached to the lower stage were also missing and had to be built from scratch.

The kit also includes a lot of surface scientific instruments which clutter the small round base of the model. So I removed everything, filled in the 'footprints' moulded into the base and opted for a single astronaut (Armstrong) about to step off Eagle's landing leg and utter the historic 'One small step' phrase. 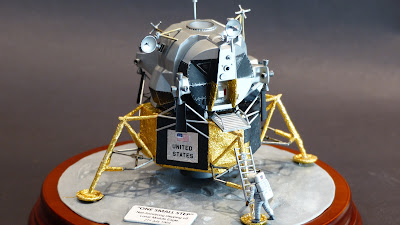 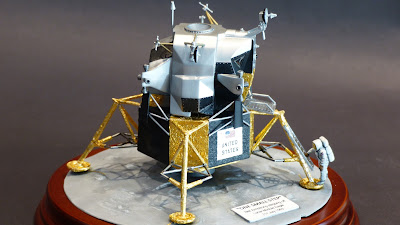 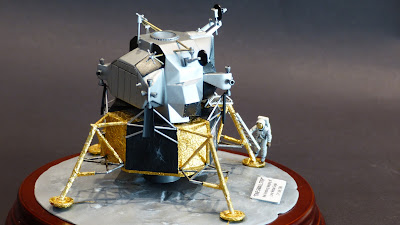 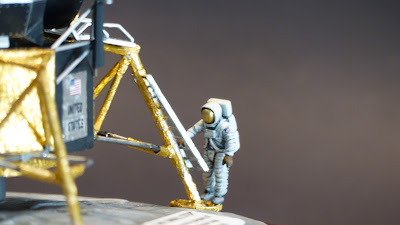 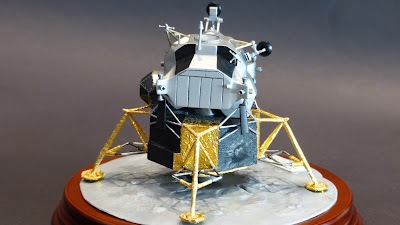 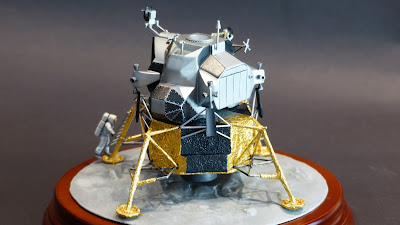 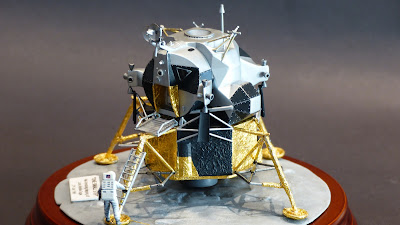 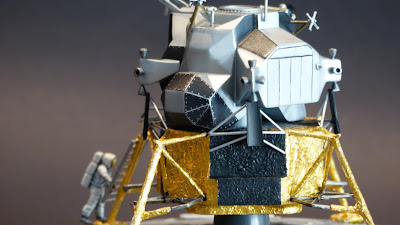