Last February I had published a work in progress post of a 54mm French Napoleonic Hussar.  Those who missed that post can see it here. The figure has been ready for a couple of months now but being the lazy bugger that I am, it took me all this time to come round to take a few half decent pictures suitable for publication.

The figure itself is from M Model and is painted entirely with Vallejo acrylics. No oils. The figure is finished in ultra matt varnish but the horse has been finished in satin. All reins and buckles are scratch built. This is my second 54mm figure, the first one having been done quite a few years ago and can be seen here. These figures take up quite some time to finish and obviously the level of detail is much higher but they are also very rewarding when complete. And they certainly make eye catching show pieces in any collector's cabinet! 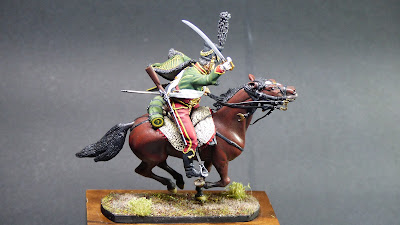 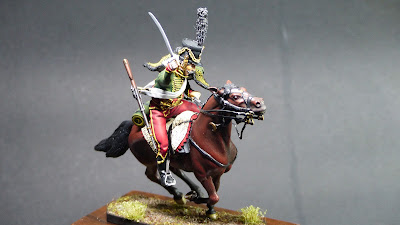 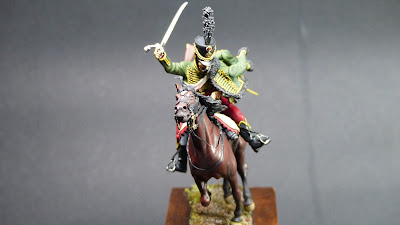 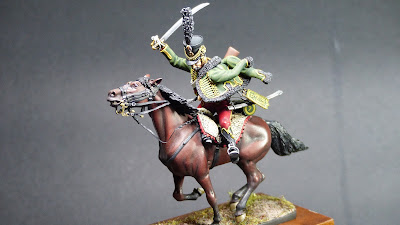 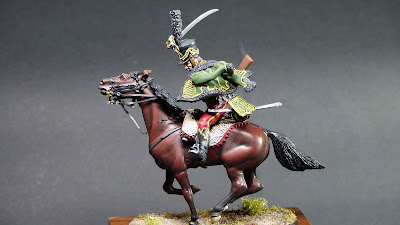 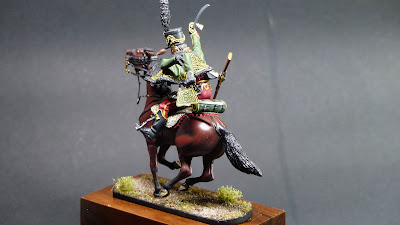 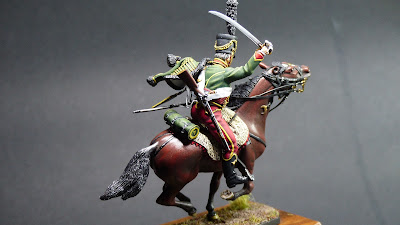 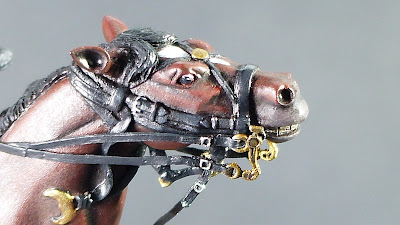 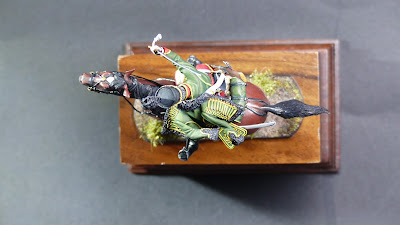 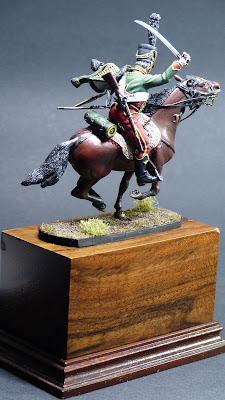 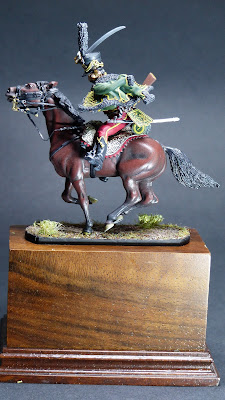 My current project is a 1:72 scale diorama of an Avro Lancaster inspired by a recent visit to the Derwent dam in the UK. This is the place where the famous 617 Squadron made their practice runs before their raids on the Ruhr dams. The build is still in its very early stages (hampered by domestic refurbishment works) so I expect it will be some time before I will be able to present anything of this project. Until then keep well!

Mike Vella
Malta
Born 1961 and started off solo when I was around 13, using Airfix Waterloo range figures and Bruce Quarry's Airfix Magazine Guide "Napoleonic Wargaming" rules. Gradually the horizon expanded and I am now a passionate gamer in 6mm which - I believe - gives the best feel for the massed battles of the first half of the nineteenth century. Finally, this blog is dedicated to my lovely wife Marlene and my dearest Claire, Steve, and Jack, our late wonderful yorkie.